The Globe and The White Hart

On the left hand side of the road beyond the Old Town Hall, are two pubs – The Globe and The White Hart. Both these pubs seem to be quite old, due to the late 18th century facade, but in fact they are much older than they appear from the outside. 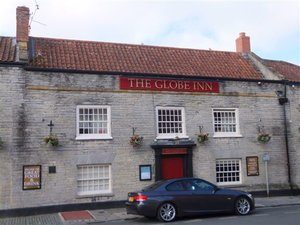 The buildings are actually from mediaeval times, but they were redesigned and refronted over 200 years ago. Both of these pubs have survived from the period when Somerton was a coaching centre and inns such as these were plentiful.  Many of the buildings around the Market Place were mediaeval inns, that have been refronted. Most of them no longer serve as inns.

The castle had existed since A.D. 732, but was converted and used as the County Gaol until A.D. 1366 when Ilchester Prison was established. Sometime after this the building was split into two tenements, which now make up the two pubs.

This is a more gentle

This is a more gentle Pilates class for mobility and balance, if you're worried about getting down on the floor then the exercises can be done seated and standing. The class is designed to improve the mobility and strength in your whole body and to also have a good time and meet new people. All abilities are welcome, the class is sponsored by AgeUk and is only £4.50 per class. For more information contact Gill on 07526 534889 Email: gillian.hampson@yahoo.com

Wessex Country Market, is held, every Saturday in the Unicorn skittle alley. We offer a wide variety of artisan produce. All our baked goods are home made and ingredients locally sourced. There are jams, marmalades, chutney and pickle unique to this market. Locally sourced butter, cheese, meat and fresh vegetables in season. Our craft ladies offer an amazing variety of items to suit all occasions. Orders can be taken to ensure items you want will be available on the day. Call in to see us and discover for yourselves a hidden gem!

Learn and Practise Life Saving Skills Chris Cox is running a general first aid training session. Open to all, the course is entirely practical and will teach and give practice in the basic skills necessary to preserve life and stabilise casualties until the professionals arrive  Topics will include Heart Attacks, Strokes, Severe bleeds, Choking, Allergic Reactions, Asthma, Diabetes, Fractures and other topics if requested. The cost is £35 which will be a donation to Langport  & District Red Cross Group.  Places are limited. Book on 01458 273085 or e-mail cox.cj@btinternet.com.